Noticed it's on sale on Steam, so I'm wondering if I should get it?
The thing I worry about is that it's one of those games that cause a lot of frustration.

I barely played Fallout 3 on Xbox 360. I gave up rather after being killed numerous times by a wild cat

Mole rats. One of the first things you'll encounter in FO4 is being ravaged by mole rats. I'd say that FO4 is actually harder than FO3, but that depends on what the difficulty level. On easy mode you can take down one of the more harder enemies relatively easy. I found this little description that seems to size it up about right. Swan is one of the more harder enemies you face.

Gameplay changes that affect you as you change difficulty from Easy -> Very Hard -> Survival. I have tested most of this in game in a simple way. I've brought my melee character and have quicksaved before a scripted Swan fight. I found out a few things:

Damage you deal is affected as you progress (Damage dealt is lowered)
On Easy, Swans for me were taking 4 light hits to kill.
On Hard, Swans for me were taking 20+ light hits to kill.
Damage you take is affected as you progress
On Easy, Swans could hit me for as low as 12% of my total HP. HP values were the same in both tests
On Hard, Swans could insta-kill me at times, like the Giants in Skyrim.
Spawn rate of Legendary enemies (and thusly 'drop' rates of Legendary gear) is affected as you progress from Easy -> Hard
On Easy, Legendary spawns are very "hard" (haha) to come by. Legendary gear is infrequently found.
On Hard, Legendary spawns just seem a bit more plentiful. Legendary gear is found more often.
EXP stays the same. Changing the difficulty did not change the EXP rewards from a quest, or from killing an enemy, or from passing a speech check.
Explosives become a godsend in Survival mode. The damage is heavily amped up and makes dispatching of tougher enemies like AI turrets and Super Mutants a little bit easier

Survival mode is even worse. Consider Survival mode "Extreme" mode. It features extremely tough enemies, as every single enemy gets huge damage and HP buffs, turning them into deadly bullet sponges. Ammo conservation actually becomes a thing in my survival playthrough, and in terms of playstyle, I found hanging back, slowly going through areas, and backtracking if enemies came a lot more useful. Explosives became very important, as well as mines, which were excellent at covering your ass when a Super Mutant is chasing you down a hallway and your entire clip of Laser Rifle ammo does absolutely nothing.

The thing about FO4 is that, well, story hasn't always been Bethesda's strong suit, but FO4 (if you love that world) gives you a wonderful playground to experience and build in. The workstation is probably the best part about it and then there are the mods. A lot of great mods for FO4. And you get Jack (Courtney Taylor) doing the voice of the main female protagonist.


My Sole Survivor, moddded all to hell.

Tup
Posts: 255
Joined: Thu Aug 04, 2016 3:11 am
Location: Finland
[phpBB Debug] PHP Warning: in file [ROOT]/vendor/twig/twig/lib/Twig/Extension/Core.php on line 1266: count(): Parameter must be an array or an object that implements Countable

The problem with Fallout series is the setting. For some reason I just don't seem to like post apocalyptic setting and the visual style. So it's still on my maybe list, if it gets cheap enough.
Top

I tried *Second Life* and it was the biggest mistake ever .... 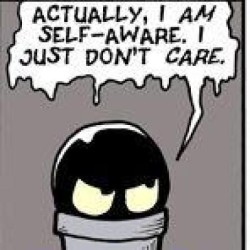 Sinapus
Posts: 25
Joined: Mon Aug 01, 2016 7:06 am
Location: Houston, TX
[phpBB Debug] PHP Warning: in file [ROOT]/vendor/twig/twig/lib/Twig/Extension/Core.php on line 1266: count(): Parameter must be an array or an object that implements Countable

Yeah, I think I've played it quite a bit.

I got it when it was on sale around New Years and got the season pass so I have all the DLC. Egads there's a TON of things to do and I've barely cleared part 1 of the main storyline. (Restarted after trying out some mods, now trying to finish a game but keep getting distra-OOOooo... SHINY!)
Top

Sinapus
Posts: 25
Joined: Mon Aug 01, 2016 7:06 am
Location: Houston, TX
[phpBB Debug] PHP Warning: in file [ROOT]/vendor/twig/twig/lib/Twig/Extension/Core.php on line 1266: count(): Parameter must be an array or an object that implements Countable

Top
Post Reply
[phpBB Debug] PHP Warning: in file [ROOT]/vendor/twig/twig/lib/Twig/Extension/Core.php on line 1266: count(): Parameter must be an array or an object that implements Countable

Users browsing this forum: No registered users and 1 guest